Our Team consists of key experts in various fields of expertise. 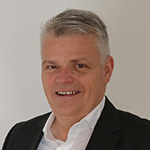 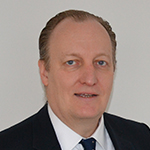 Other members of the team: 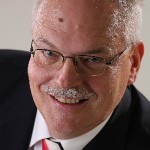 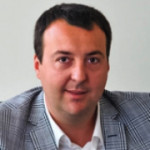 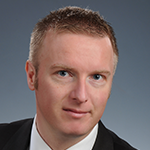 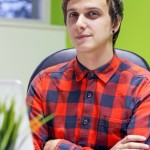 Franz Rankl has a degree in General Engineering from the Technical University of Munich (TUM). Franz has also studied Economic and Business with a specialization on International and Export Marketing in academic institutions in Munich, Vienna and Salzburg. During his studies, he also underwent traineeships in the automotive industry with companies such as BMW AG and MAGNA International Inc. Following this, Franz completed post-graduate studies in Papermaking and Paper Production at the National School and Training Institute of the Austrian Paper Industry.

Franz Rankl has immense management experience and has held numerous management positions in the automotive, printing, and manufacturing industry, with a focus on turn-around management. These positions have been based in various Central and Eastern European countries such as Poland, Czech Republic, Slovakia, Hungary, Romania, Bulgaria, Germany and also the Balkan region. Franz has been President of the Board of an international printing and packaging company, whereas his tasks include reorganization, restructuring and the integration of mergers and acquisitions for the company.

For some years Franz holds a temporary management position within a medium sized company in the field of printing materials, conservation of books and industrial glue.

Christoph Demuth is a senior level business development and project management specialist as well as executive manager with special expertise in Information Technologies, Banking and Intelligent Transport Systems as well as Transport Economics. For more than two decades he has been working within the ITC and ITS Industry participating in various tolling projects within Europe and South Africa and has developed and accompanied the implementation of operations department for a large tolling company on the US market. In the past Christoph has also been working for the Munich Airport, British Airways, Coca Cola, Raiffeisen Group, Kapsch, BT Signaal and VINCI. Christoph is also holding various management positions providing temporary management. Moreover, Christoph is founder and managing director at Demuth Business Partner, as well as honorary managing director of NGO ConnectBaltica in Tallinn, member of the Board at ITSMALTA and Member of the Board and the management team of GlobeCann Federation in Zurich Moreover, Christoph has been working as lector at Tallinn University of Technology (TTU) and Silesian School of Management in Katowice (SWSZ). Currently Christoph teaches at the University of Applied Science BFI Vienna. Christoph is a Certified Management Consultant (CMC) and has studied at Vienna University of Economics and Business (WU) and has a PhD in Economics.

Born in Munich in 1962, Michael started his professional career in the early 80s as an operator in the Computing Centre of the “Bayerische Versicherungskammer”, an insurance company in South Germany. After a short period of time he was promoted to the management of the enterprise-wide IT storage management as well as the development and maintenance of system programs in the systems engineering.In 1988 Michael moved to Masstor Systems, an American manufacturer of high performance mass storage solutions, where he took the responsibility for the Southern German market functioning as a system consultant for software and hardware.
As he moved 1991 to Sterling Software, an American company specialized in application and system management software, he switched from being a consultant to sales. He established and developed the Munich Branch Office and accounted for the sales activities in the areas of Bavaria, Baden-Württemberg, Austria and the Switzerland.

In the year 2000 Sterling Software was acquired by the U.S. software giant Computer Associates and this meant both a change of the employer, and also a change of the location. In 2001 Michael moved to Vienna, where he was occupied as the Country Manager of the Austrian organization with the responsibility for Sales (Direct and Indirect), Presales, Services, Education, Marketing, Public Relations and Customer Relations.

The love for Vienna has continued…

From early 2008 on, Michael is running his Vienna-based “wengermayer business consulting” with the two business areas, management consulting and personnel consulting.

Nenad is a senior level project manager and trading expert, with special expertise in Import and Export from Asia. Moreover, Nenad is manging director and a member of the supervisory board in various business entities within Macedonia, as well as MakPrimat and LED lightning specialist Ilimuna Verde. He has held management positions for almost a decade within textile and LED production and has therefore developed great expertise in public procurement. Nenad has a master degree in International Business and is also engaged in various humanitarian projects within Balkan Region.

Georg is an experienced and creative management leader with an exemplary record for driving innovative business development initiatives to success and achieving ambitious sales objectives.

He is a versatile problem solver and excellent communicator with progressive experience across diverse sectors, from the pharmaceutical and technology industries to the hospitality sector.

Evidently, he is a personable, charismatic and efficient professional, who is able to bring an assortment of knowledge and skills to every area of a business and also has the ability to understand big picture concepts and to dive into the detail needed to implement them.

Borjan Sandrevski holds a bachelor degree in Political Science from the University of Skopje and is currently working on his master studies in political management.

Filip Tasevski, also known as Fitz is a visual artist, musician and songwriter. He holds a bachelor degree in Sociology from University of Skopje. He is co-founder and art director of BTS Art Factory, a creative agency located in Skopje, Macedonia (formerly Plasticart Creative Studio). As a musician, he is the main composer and songwriter mainly for the band Noviot Pochetok. Moreover he has been involved in various music projects and also runs a small record label.